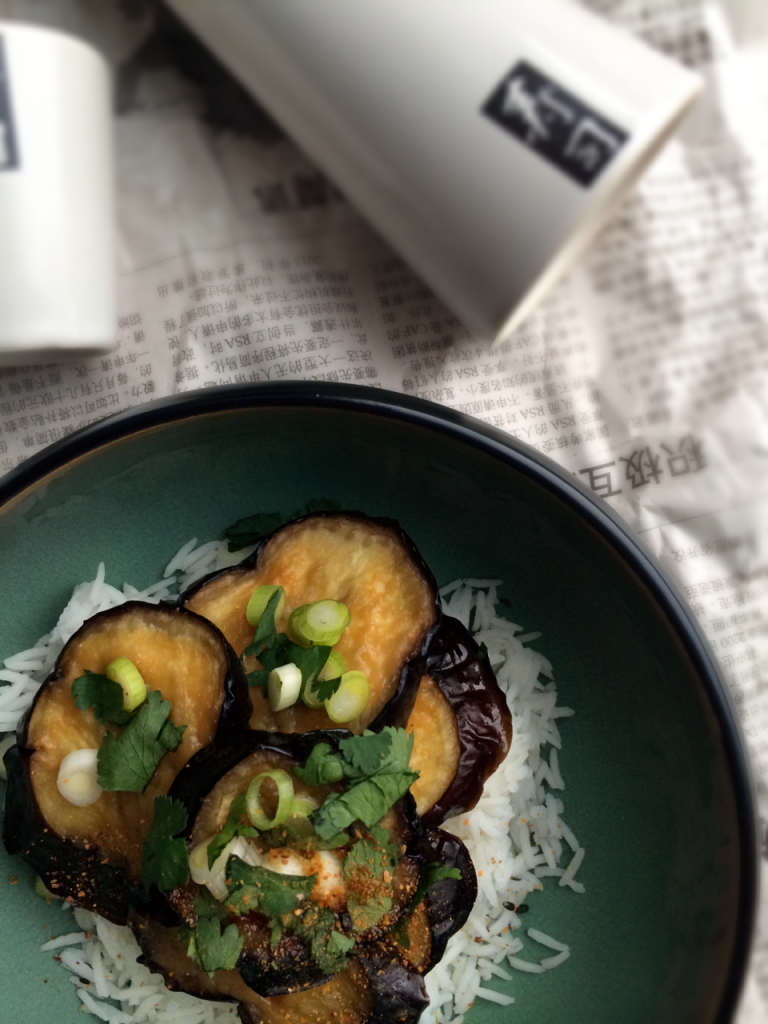 Normally I don’t start a post with a picture but this was soooooo good I wanted to share it right a way with you!

Really…. I tried the Donna Hay version of chicken breast and eggplant miso a couple of times but since we are still in Lent and counting for the #dagenzondervlees challenge I have come up with this vegetarian version. It takes some time preparing the eggplant slices but believe me it is really worth the effort. 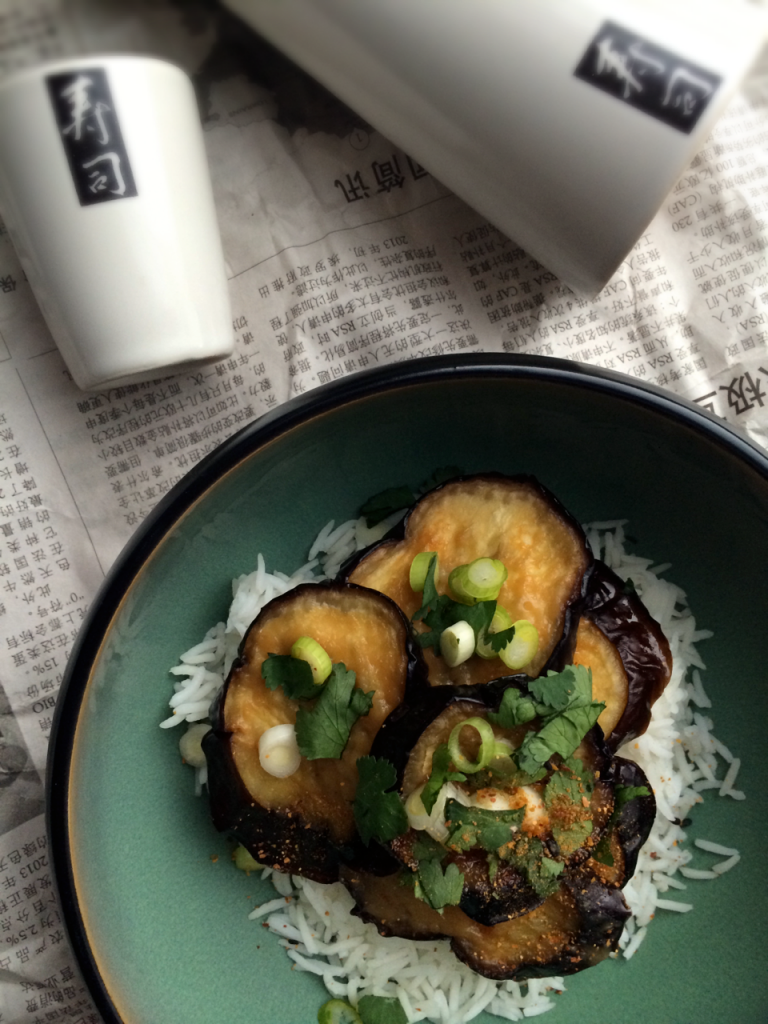 I have made a lot of this and the day after it was great for lunch.

The secret lies in baking the eggplants long enough, because really an under-cooked eggplant (or aubergine as we say)spoils everything. 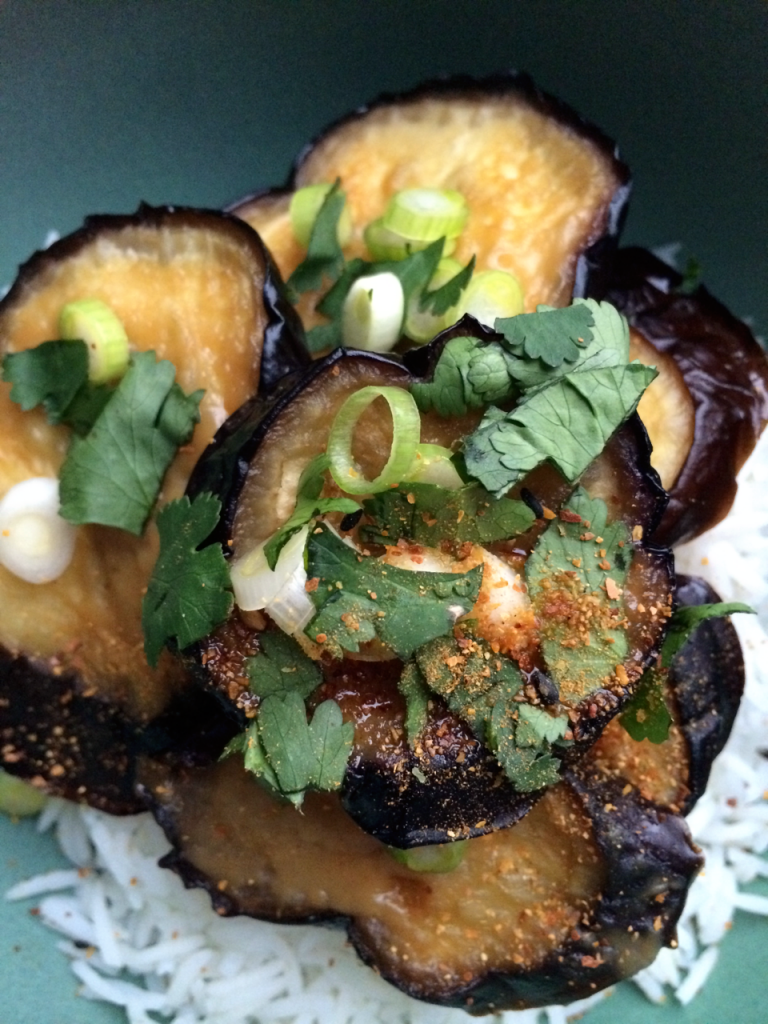 If you don’t want the vegetarian version just add some chicken. You can also use Donna Hays recipe and put the eggplant with the chicken both covered in a miso-mirin mixture in the oven.

You can buy miso in the Asian supermarkets or in bio stores such as Bioplanet. It is a great to use in combination with eggplant, salmon and cod. There is a signature dish at Nobu that I have tried to copy several times but I just don’t get it right (even by following the actual recipe from the Nobu cookbook….frustrating!). Miso is a paste produced from fermented soy beans and used regularly in the Japanese kitchen as a spread or for seasoning. 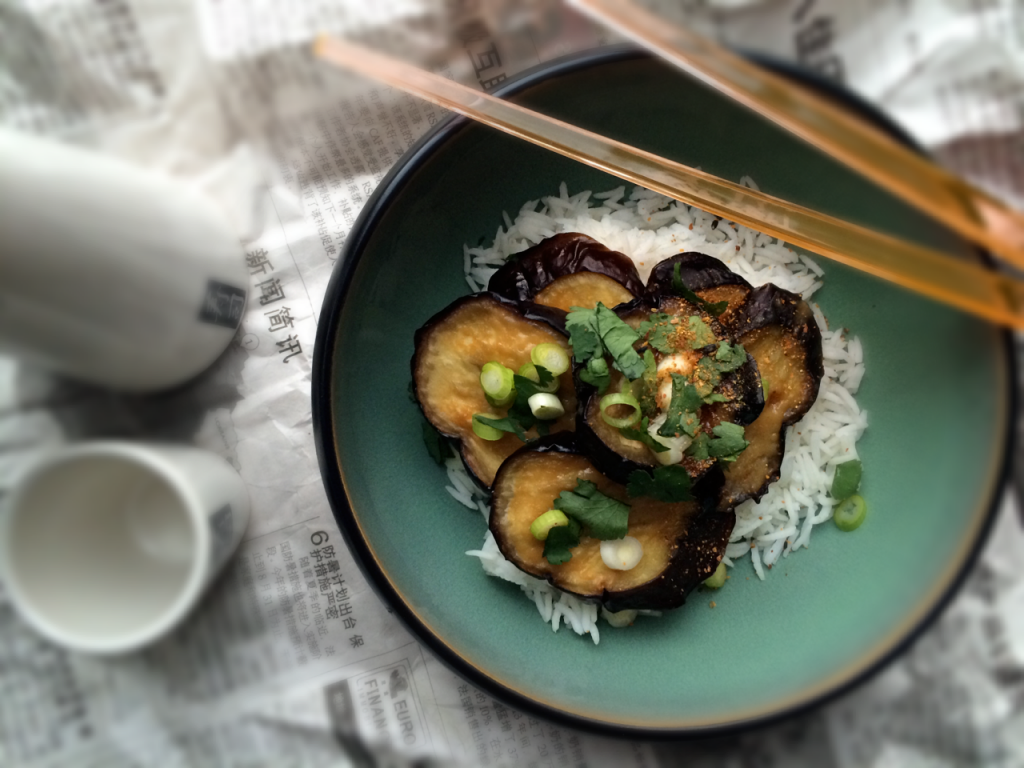 What are you waiting for, try this recipe and tell me what you think of it.