As you might already know I really love cinnamon rolls but they tend to be full of sugar and butter. For Christmas I have prepared cinnamon buns deluxe, but you really can’t eat these every week. 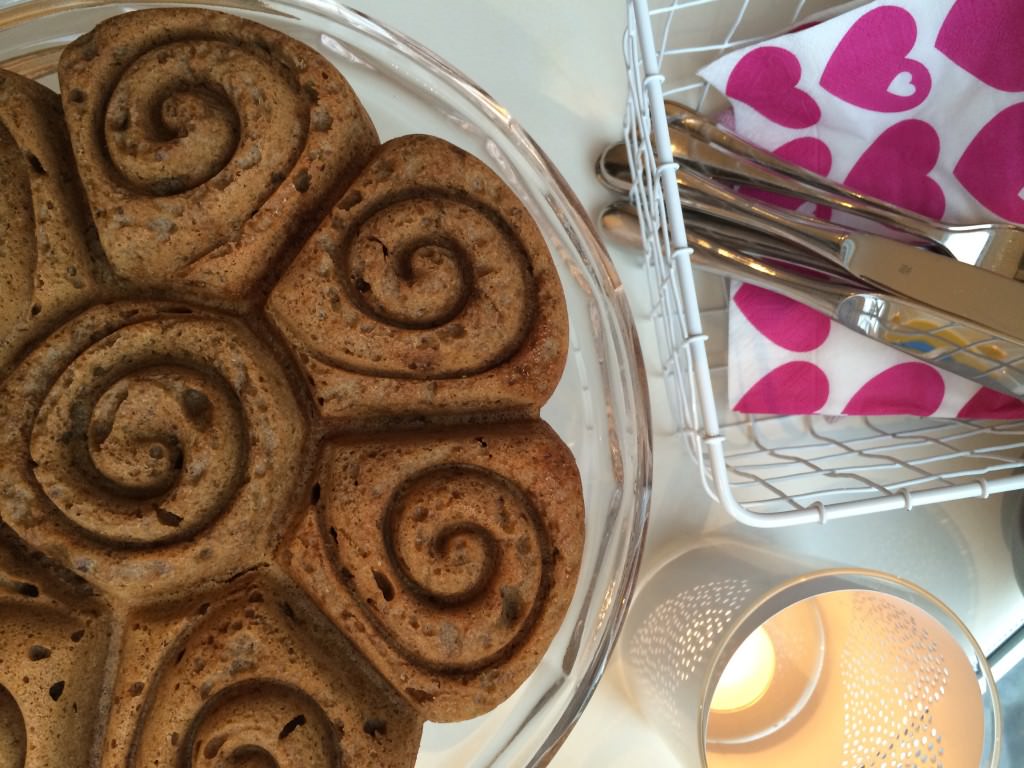 When Nordic Ware offered to send me some cake tins I was really curious what they would send and joy joy… I received a tin to prepare pull apart cinnamon rolls. No more kneading and rolling out dough and having trouble with forming the buns. I really wanted to try this one out right a way and I am so happy with the result. I must say I bake them now once a week, the kids love to take this to school, it is really yummie as a breakfast together with a smoothie or a small piece with some coffee. 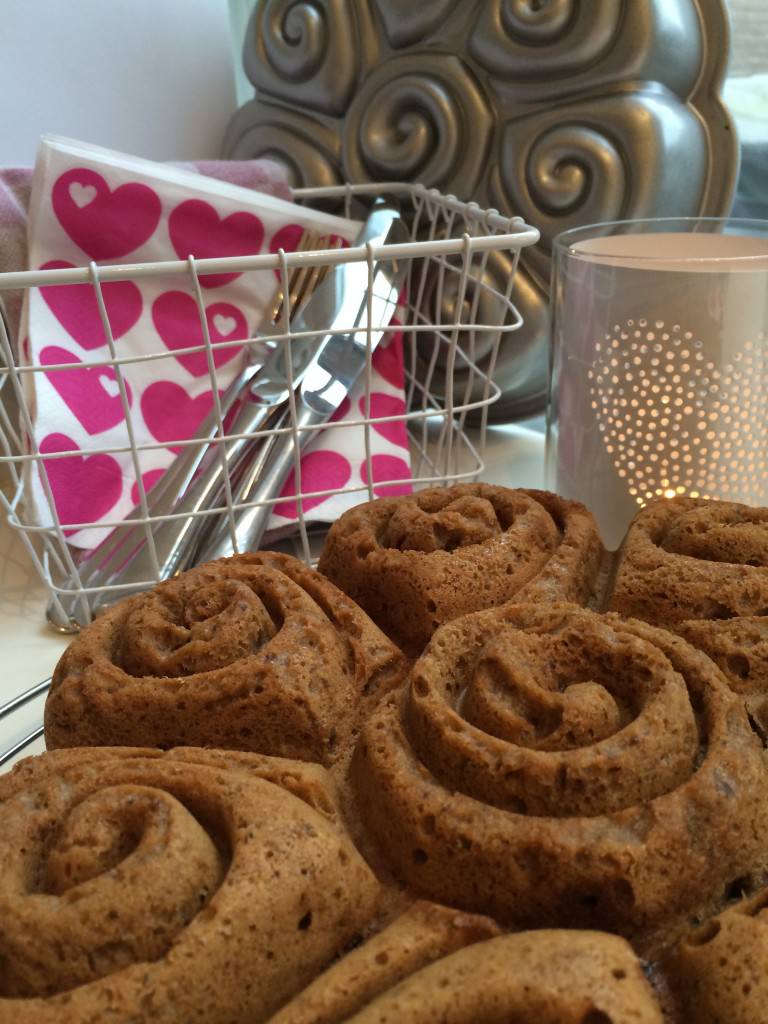 At first the cake was a little to dry to my taste but since I have added Alpro Mild and Creamy the texture is perfect.

You can bake this cinnamon buns with cinnamon, but please do try to prepare it with coconut and lime or chocolate instead. Both variations turned into nice cakes. 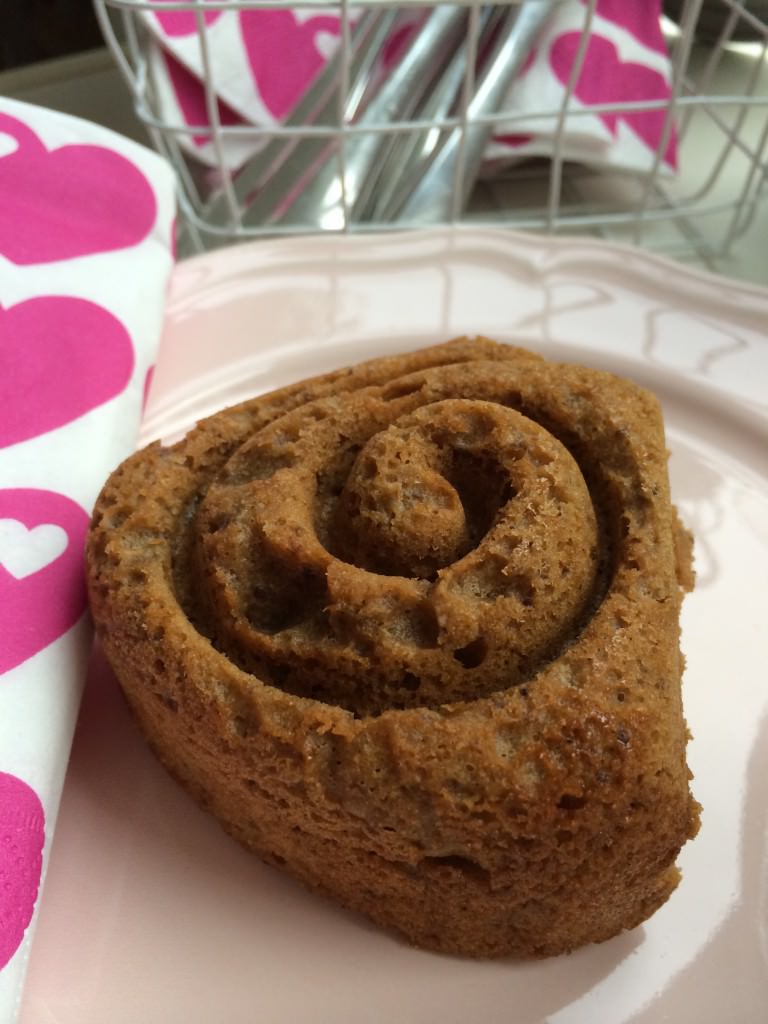 Print
Prep time
10 mins
Cook time
40 mins
Total time
50 mins
I used my pancake and cookie mix for the gluten free version. You can also make this cake in a regular cake tin, or in a muffin tray, but I really love the pull apart effect of the Nordic Way tin.
Author: Must be Yummie
Recipe type: Cake
Cuisine: Breakfast
Serves: 50
Ingredienten
Werkwijze
Wordpress Recipe Plugin by EasyRecipe
3.2.2885
« Carcasse
Dinner @ Vincent and Willem »