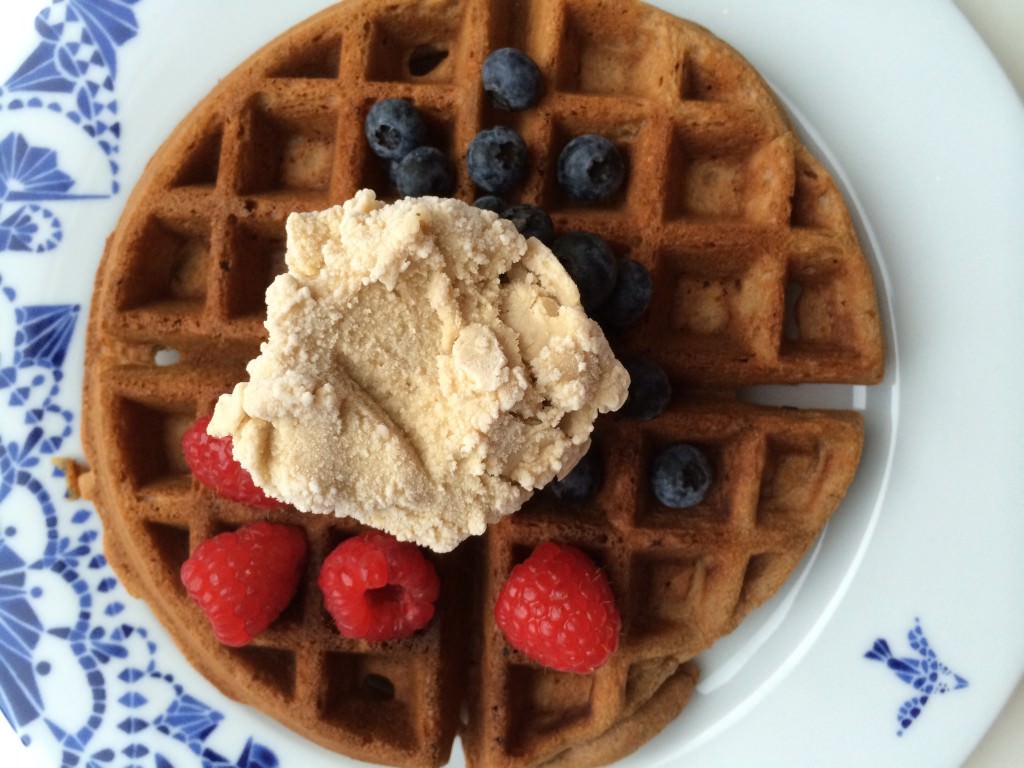 I came up with this recipe last summer since Mr. Husband can’t eat ‘speculoos’ (a kind of shortbread which tastes like gingerbread and cinnamon) I tried to soothe him with these cinnamon waffles.

These are great for breakfast but are also a delicious afternoon snack with some homemade ice cream and fresh fruit. In the picture I have served them with homemade vegan chai ice cream. I’ll tell you all about this recipe later. 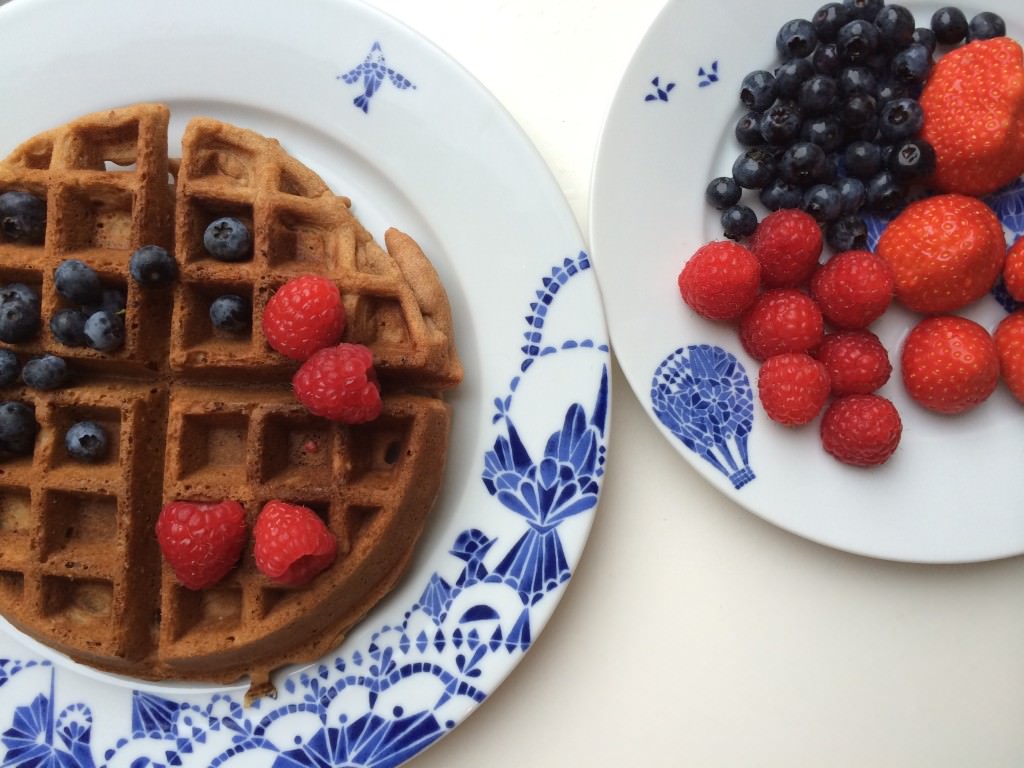 You can use less cinnamon or more to your liking. You can make these waffles with normal wheat flour or you can use a pre-packed gluten free mix.

I have used a mixture of flours that gave me crispy waffles on the outside but fluffy on the inside with a sweet aftertaste. I make this mixture once a month and keep it ready for baking:

These waffles can be made the night before if you want to use them for a quick breakfast. 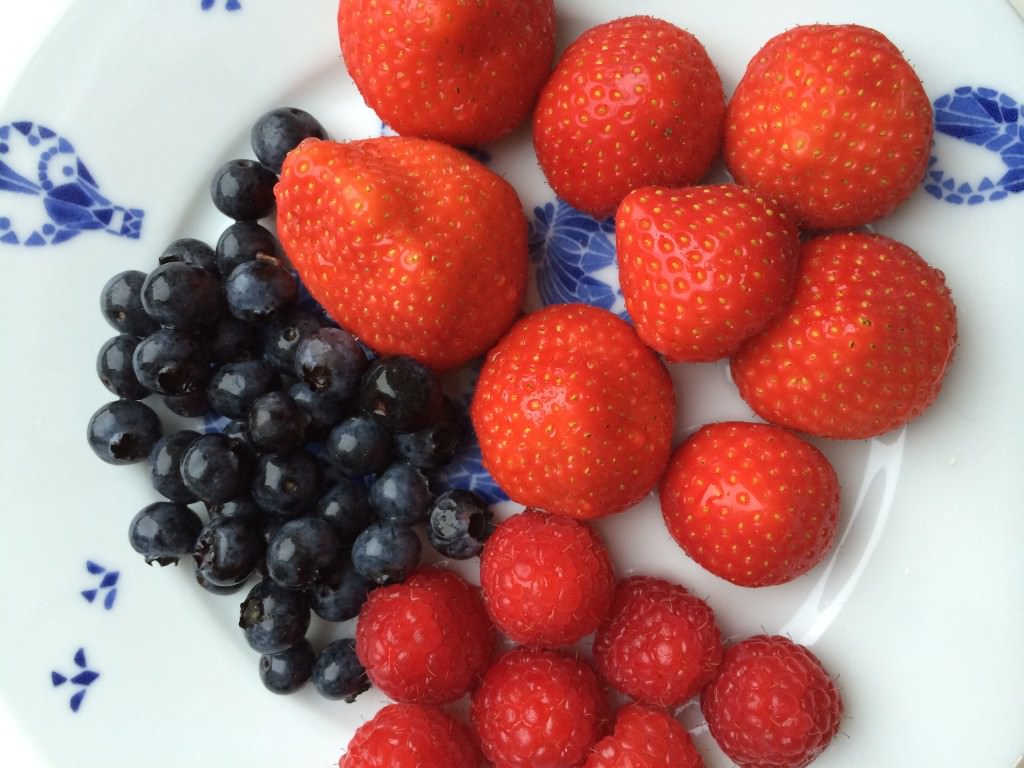 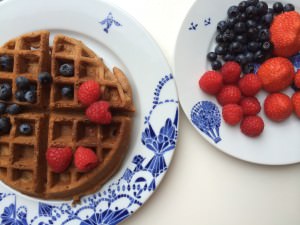 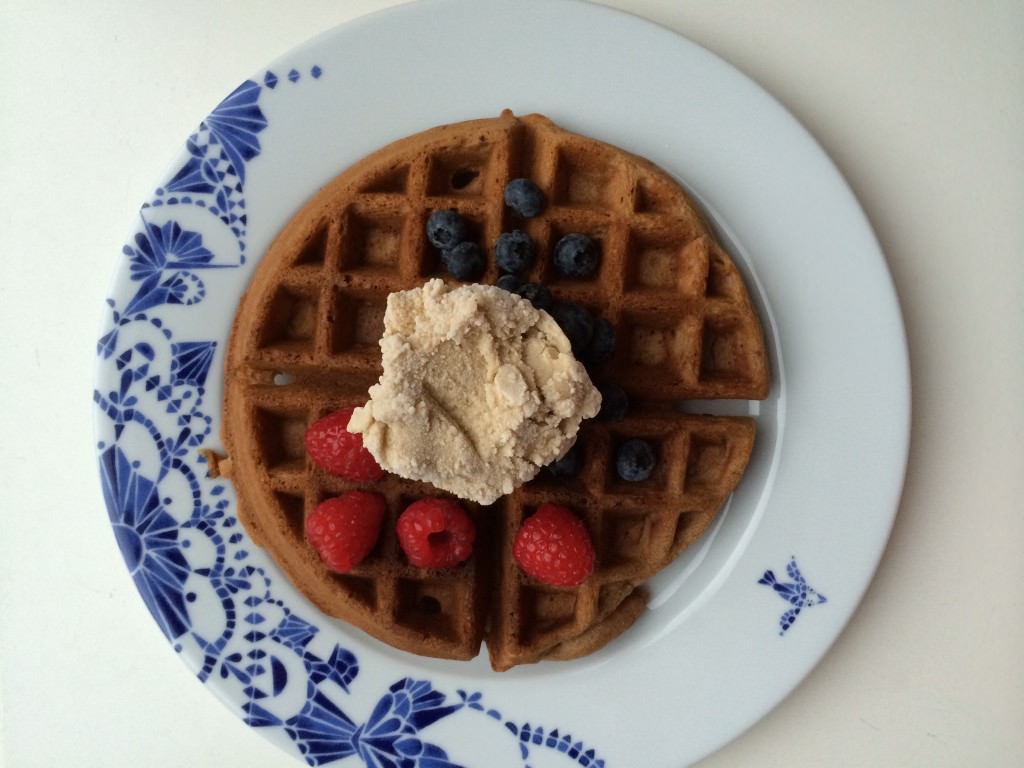